- November 28, 2009
I ordered PS3 CECHA00 on Amazon. CECHA00 is 1st generation of PS3 and can only run the PS2 games. I was determining before I don't buy one until releasing FINAL FANTASY XIII(FF13). You know, FF XIII will be released 17th Dec.
I thought that will buy CECH-2000A is the latest PS3. But CECH-2000A can not install another operating systems. Isn't it joke? It's true. If CECH-2000A, we can not try to run Linux! 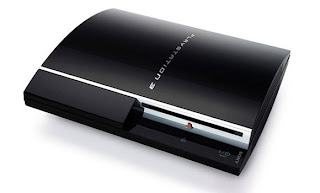 Popular posts from this blog

- January 01, 2017
2016 year in review and plan in 2017. I have quit job in June. then start again in October. I enjoyed long vacation while I'm free. The biggest activity was around Japan using motorcycle. It takes 31 days, distance was 11332.1km totally. It was exciting travel ever. Using a month for holiday is impossible in normal life with work. I would leave Japan before start new job. So It may be first and last chance. I don't regret to leave. In my new place, I'm in out of country. It's still exciting project and I can still use own experience as my mission. Great opportunity. I will move to Tech world next year. then dive to advanced technology using Linux. Yes. Linux is my life. I switched laptop to Linux from macOS as daily driver. I don't use Apple devices until when I join new project with new experience. I talked about my turning point in last post. It always happen every 5 years. I got new experience as next point. Happy New Year.
Read more

Tizen SDK is a copy of the Android SDK? / Tizen seems to be based on Samsung Linux Platform(SLP) 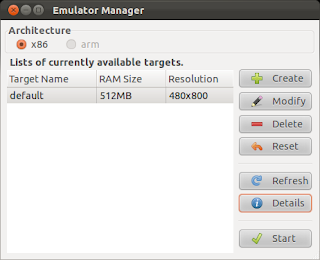 This is first time posting in Beijing, China :) As geeks know, Tizen SDK preview has been released at Jan 9th 2012. So I checked the Tizen Linux as usual. SDK has an emulator. It will seem to support armel and x86. Currently, you can select only x86 emulator. You can downlowd from https://developer.tizen.org/sdk.html Then...My conclusion is Tizen SDK is a copy of the Android SDK. But Tizen is not Android. Tizen seems to be based on SLP. Samsung Linux Platform. Anyway please look below screenshots, logs. sdb is adb(Android Debug Bridge). [email protected]:~$ ~/tizen_sdk/SDK/sdb/sdb Smart Development Bridge version 0.0.1 Usage : sdb [option] [parameters] options: -d - directs command to the only connected USB device returns an error if more than one USB device is present. -e - directs command to the only running emulator. returns an error if more than one emulator is running. -s
Read more